Goober is a common non-lethal munition used in many law-enforcement situations. It gets pumped at speed from a munition-specific "goober-gun", and upon impact tends to knock the target down or against a wall and stick them there. Special solvents are required to degoober someone, but the goober-goo can then be reused. Goober comes in several color-coded "mods", with differing characteristics.

Goober is nanomotile, for a couple of reasons. First, the stuff can detect breath-gases, and migrate away to allow unobstructed breathing. It also allows the goober to make sure of maximum restraint, as well as maximum discomfort. Green-mod 30 will actually give wedgies, and it's impolite to talk about what green-mod 19 will do.

In a pinch, Blue-mod (referred to by Schlock as "no-heat") goober can be used as an emergency bungee cord, with a relatively thin strand capable of supporting a Neophant.

All goober weapons seen so far have been of the Strohl Munitions Immobilizer line, including the aught-fifty for most members of the company, the four-fifty for Schlock (both so named for their muzzle diameter) and a very large barrel of unknown size fitted to a mini-tank. 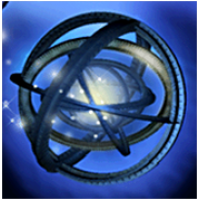